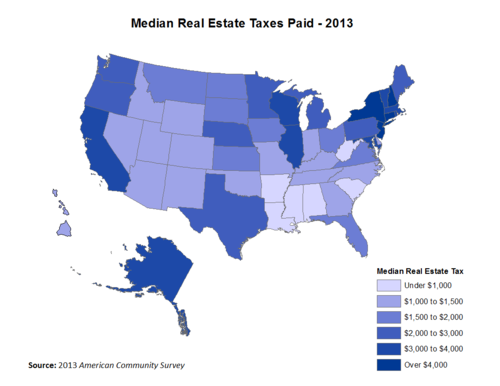 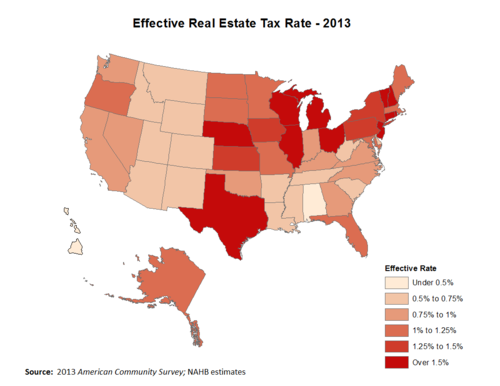 Although real estate taxes are positively correlated with home values, the correlation is weak, 0.48. Therefore, cross-country differences in home values do not explain well differences in real estate tax bills. For example, according to the 2013 ACS, Michigan has the fifth lowest median housing value of owner occupied units but tenth highest effective rate of 1.54 percent.

When comparing residential tax bills across states it is important to consider government finances.

Property taxes may represent 40.3 percent of state and local tax receipts but some states rely less heavily on property taxes as a source of revenue than others. For example, in New Hampshire the median real estate tax bill is relatively high (3rd highest in the nation) but residents do not pay an individual income tax at the state level.

This post was originally posted on NAHB's blog, Eye on Housing.

3 Things to Consider Before Buying a Town House

Posted by Marina Sarabia and Kathleen Costanzo on October 30, 2014 at 03:32 PM in Around Fort Lauderdale, Economy, Eye on the Market, Florida, Real Estate | Permalink