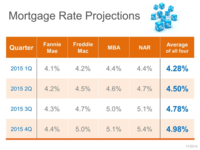 The 5-year Treasury-indexed hybrid adjustable-rate mortgage (ARM) averaged 3.01 percent with an average 0.5 point, down from the week prior when it averaged 3.02 percent. A year ago, the 5-year ARM averaged 2.95 percent.â€¨

What to Look for When Buying an Older Home

What You Must Know About Insurance When Buying a Home

Posted by Marina Sarabia and Kathleen Costanzo on December 14, 2014 at 07:20 AM in Around Fort Lauderdale, Economy, Eye on the Market, Florida, Mortgage, Real Estate, Weblogs | Permalink