« 4 Ways to Jumpstart Your Credit Score | Main | Protect Your Landscape: 5 Tips for Transplanting » 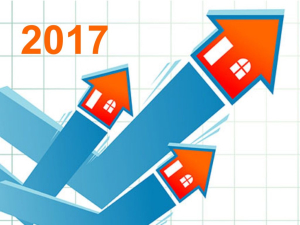 The share of distressed sales—bank-owned (REO) sales, foreclosure auction sales ("sheriff's" or "trustee's") and short sales—in 2016 tumbled to 16.2 percent from 18.8 percent in 2015, a nine-year low. Atlantic City, N.J. saw the most distressed sales at 43.8 percent, followed by Hagerstown-Martinsburg, Md.-W.Va. at 33.2 percent and Rockford, Ill. at 29.2 percent. More foreclosure auctions were sold to third-party buyers in 2016, comprising 28.5 percent of all completed auctions.

"The housing market hit several important milestones in 2016, with distressed sales at a nine-year low and home prices at a 10-year high, just barely below the pre-recession peak in 2006," says Daren Blomquist, senior vice president at ATTOM Data Solutions. "This was all good news for home sellers, who realized their biggest average profits since purchase nationwide in 2016. Even distressed property sellers are benefiting from this hot seller's market, with a record-high share of homes at foreclosure auction being purchased by third-party buyers, rather than reverting back to the foreclosing bank."

Here is the last 10 years in our Fort Lauderdale Real Estate Market. Sellers are in a good place now: 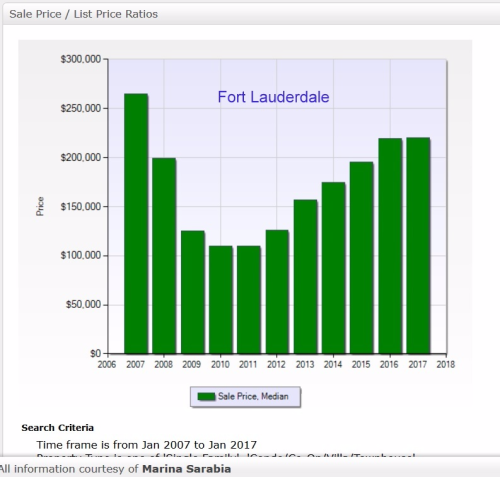 Reprinted with permission from RISMedia. ©2017. All rights reserved.

Making Homeownership Work on a Budget

Posted by Marina Sarabia and Kathleen Costanzo on February 20, 2017 at 04:36 PM in Economy, Eye on the Market, Florida, Real Estate | Permalink