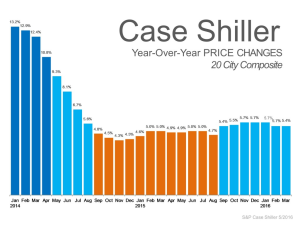 U.S. house prices rose 1.3 percent in the first quarter of 2016, according to the Federal Housing Finance Agency (FHFA) House Price Index (HPI). This is the nineteenth consecutive quarterly price increase in the purchase-only, seasonally adjusted index.

Posted by Marina Sarabia and Kathleen Costanzo on June 29, 2016 at 01:01 PM in Around Fort Lauderdale, Economy, Eye on the Market, Florida, Real Estate, Weblogs | Permalink | Comments (0) 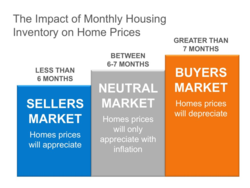 The Spring 2016 homebuying season will soon mark the sixth year into the housing recovery. With steadily rising property values and homeowners' equity, the housing market continues to regain its footing while mortgage delinquency and home foreclosures are falling to all-time lows since the 2007 housing downturn.

Early estimate shows the average home price in April reached $231,000, up 7.4 percent from the same period a year ago. At the current pace of the recovery, this spring and summer will soon mark the first time that home prices will rise above the 2006-2007 peak levels.

Posted by Marina Sarabia and Kathleen Costanzo on May 30, 2016 at 01:30 PM in Around Fort Lauderdale, Economy, Eye on the Market, Florida, Real Estate, Weblogs | Permalink | Comments (0) Mortgage rates moved higher for the second week in a row, while also only posting the second increase this year. This makes mortgage rates very attractive for the upcoming spring home buying season, according to results from the Freddie Mac Primary Mortgage Market Survey® (PMMS®).

"The 10-year Treasury yield ended the survey week exactly where it started, however the solid February employment report boosted the yield noticeably on Friday and Monday,” says Sean Becketti, chief economist, Freddie Mac. “Our mortgage rate survey captured the impact of this temporary increase in yield, and the 30-year mortgage rate rose 4 basis points to 3.68 percent. This marks the second increase this year. Nonetheless, the mortgage rate remains 33 basis points lower than its end-of-2015 level."

Posted by Marina Sarabia and Kathleen Costanzo on March 26, 2016 at 07:36 AM in Around Fort Lauderdale, Economy, Eye on the Market, Florida, Mortgage, Real Estate | Permalink | Comments (0)

How To Get The Most Money When Selling Your House 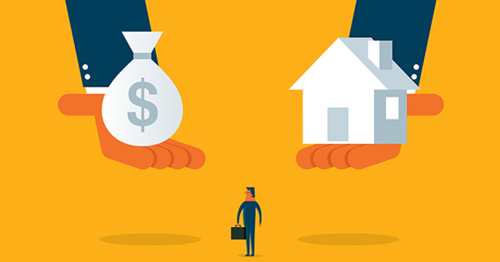 Every homeowner wants to make sure they maximize their financial reward when selling their home. But how do you guarantee that you receive maximum value for your house? Here are two keys to ensuring you get the highest price possible.

Posted by Marina Sarabia and Kathleen Costanzo on March 03, 2016 at 07:16 AM in Around Fort Lauderdale, Economy, Eye on the Market, Florida, Real Estate | Permalink | Comments (0) As of the end of 2015, there were 6.4 million (6,436,381) U.S. properties seriously underwater — where the combined loan amount secured by the property is at least 25 percent higher than the property’s estimated market value — representing 11.5 percent of all properties with a mortgage, according to the RealtyTrac® Year-End 2015 U.S. Home Equity & Underwater Report.

The report is based on publicly recorded mortgage and deed of trust data collected and licensed by RealtyTrac nationwide along with an industry standard automated valuation model (AVM) updated monthly on RealtyTrac’s entire database of more than 140 million U.S. properties (see full methodology below).

Q: What Kind of Home Insurance Should I Get? 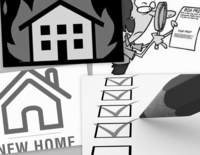 A: A standard policy will do in most instances. It protects against several natural disasters and catastrophic events. However, it will not guard against earthquakes, floods, war, and nuclear accidents. The policy can be expanded to include these disasters as well as coverage for such things as workers' compensation. In fact, the lender may require that you purchase flood or earthquake insurance if the house is in a flood zone or a region susceptible to earthquakes or hurricanes.

Continue reading "Q: What Kind of Home Insurance Should I Get?" » 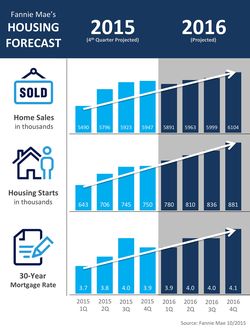 Mortgage applications increased 7.3 percent from one week earlier, according to data from the Mortgage Bankers Association's (MBA) Weekly Mortgage Applications Survey for the week ending December 18, 2015.

U.S. house prices rose in October, up 0.5 percent on a seasonally adjusted basis from the previous month, according to the Federal Housing Finance Agency (FHFA) monthly House Price Index (HPI).  The previously reported 0.8 percent increase in September was revised downward to reflect a 0.7 percent increase.

The FHFA HPI is calculated using home sales price information from mortgages sold to, or guaranteed by, Fannie Mae and Freddie Mac.  From October 2014 to October 2015, house prices were up 6.1 percent.

Posted by Marina Sarabia and Kathleen Costanzo on January 24, 2016 at 08:31 PM in Around Fort Lauderdale, Economy, Eye on the Market, Florida, Real Estate, Weblogs | Permalink | Comments (0) 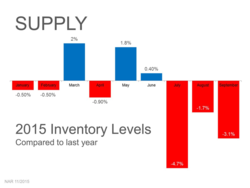 In many ways, today's shifting housing market resembles the real estate climate of the 1980's, according to Freddie Mac. The company's November Insight & Outlook report examines the changes in mortgage servicing, discusses some of the factors that produced them since the housing crisis, and looks at the highly influential role the 55+ age cohort plays in today's housing market.

"Prior to the housing crisis and Great Recession, mortgage servicing had followed a decades-long trend of consolidation,” says Sean Becketti, Chief Economist, Freddie Mac. “In 2001, the top five servicers handled 37 percent of all servicing. By 2009, the market share of the top five had grown to 59 percent. But during the recession, this trend reversed, and by the second quarter of 2015 the share of the top five servicers shrank to 40 percent. In many ways, today's market resembles the 1980's where smaller servicers and nonbank servicers held a higher share before the industry started to consolidate. Housing finance is still evolving, and mortgage servicing is likely to continue to change along with it. It's too soon to say if recent trends will persist or be reversed."

Posted by Marina Sarabia and Kathleen Costanzo on December 10, 2015 at 01:18 PM in Around Fort Lauderdale, Economy, Eye on the Market, Florida, Real Estate, Weblogs | Permalink | Comments (0)

Existing-Home Sales on Track for Further Expansion in 2016 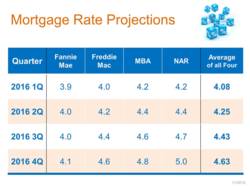 Existing-Home Sales on Track for Further Expansion in 2016

Following the housing market’s best year since the recession, existing-home sales are expected to increase in 2016 at a moderate pace; although affordability pressures from inventory shortages and rising mortgage rates could slow the potential for even stronger sales momentum, according to an economic forecast forum held last week at the 2015 REALTORS® Conference & Expo.

Lawrence Yun, chief economist of the National Association of Realtors®, presented his 2016 economic and housing forecast and was joined onstage by Cris deRitis, senior director of credit analytics at Moody’s Analytics, who also shared his insights on the housing market and U.S. economy, and Jonathan Corr, president and CEO at Ellie Mae, who discussed issues impacting the mortgage industry and how real estate professionals can adjust to the upcoming wave of new millennial buyers.

Posted by Marina Sarabia and Kathleen Costanzo on December 07, 2015 at 07:19 AM in Around Fort Lauderdale, Economy, Eye on the Market, Florida, Mortgage, Real Estate, Weblogs | Permalink | Comments (0)